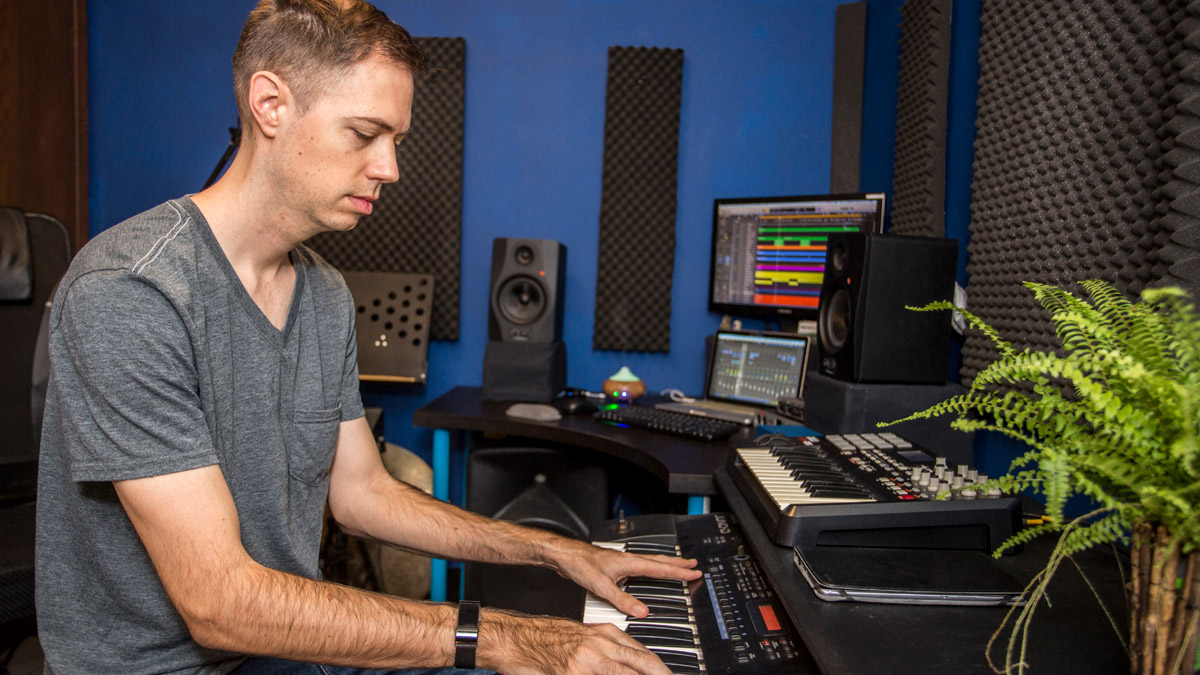 I think I'm about half way into my second annual membership.

What was your first connection to music/audio?

My first connection with music was probably through church or my mother's small record collection. My mother had a couple of Elton John records and a mix tape of Michael Jackson recordings. I think the mixtape was probably just the Thriller album but I remember sitting around with headphones plugged into our home stereo as a young child listening to Michael Jackson and just being in awe of that music.

My family also went to church about once a week and I always heard hymns and performances from our congregation and choir that has left a larger impression on me than I have acknowledged before. 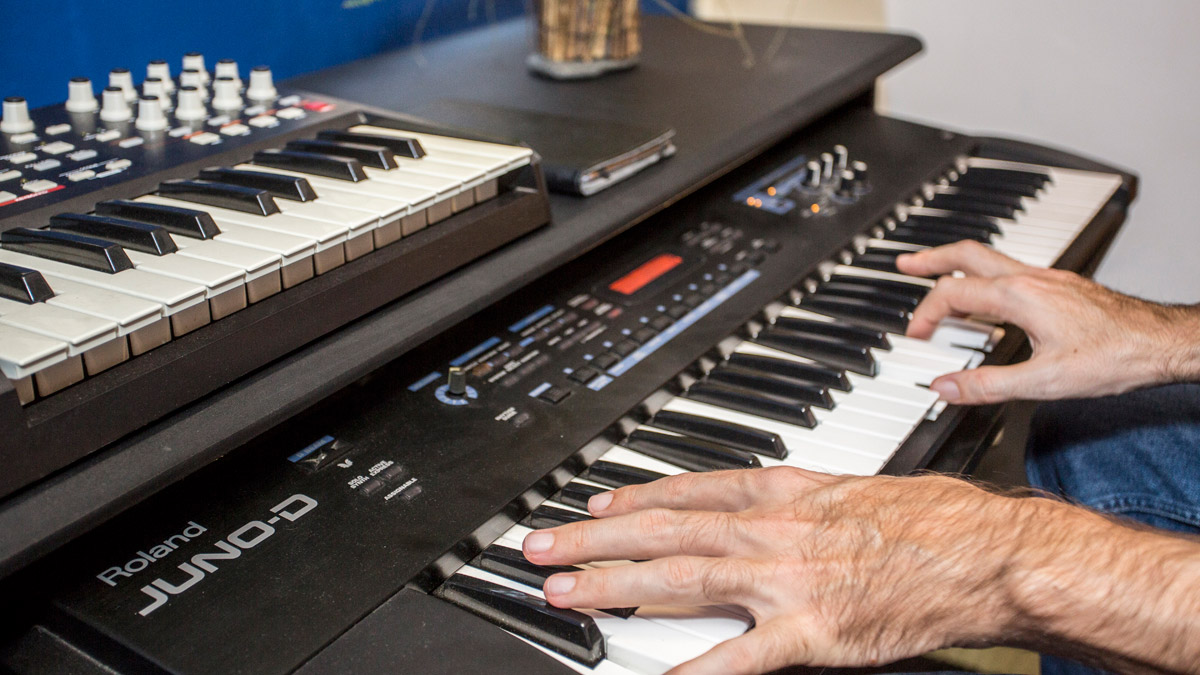 I can also remember watching the Grand Ole Opry with my grandmother and seeing the musicians on the television and just beginning to understand how their movements related to the sound of the music that I was hearing. I think this is how I first began to connect movement with sound and rhythm and possibly why I took up playing percussion later on.

I did not get a formal sound or production education but I was classically trained and studied music for many years as a pianist and percussionist. I believe my formal training as a musician heightened my sensitivity and awareness of sound and gave me a solid understanding of music and the importance of discipline and dedication when studying technique and art. Personally, I feel having a good ear for music and developing your taste while understanding when and why something sounds good to you can't really be taught.

Now I primarily learn things through experimentation, friends, and resources online along with a few physical books I've purchased. I am currently enjoying Warren Huart's produce like a pro academy and have learned a few things from PureMix that have made my recent productions much more professional. My next purchase will be 'Mixing with your Mind' per a few recommendations.

Tell us about your work as a musician, engineer, and producer?

As a musician, my early experiences were with wind bands and choirs as a percussionist and tenor or baritone. After finishing high school I began to become interested in playing drum set and began performing with small cover bands and local acts while I taught percussion privately in local public schools.

After doing that for years I started my own world music group in Austin, TX but soon thereafter moved to Taiwan to teach English. When I first moved to Taiwan in 2014 I was curious about electronic instruments and looping so I formed a band with a local musician and we released our first album in 2015. I had no idea what I was doing but I was having a lot of fun creating new music and sounds.

Through that process, I gained some confidence in my production ability and began a larger band the 'Ghost Money All-stars' which has now released a few recordings and has a few more that are yet to be released that I self-produced.

More recently, I've begun to find a little work from local artists that need mixing help and still hope to find more artists around me that enjoy writing and developing material in the studio. I'm just beginning my career as an engineer and producer so I'm currently looking for clients to take on in my local area and beyond. Anyone can contact me through my website if they would like to collaborate on a project or work with me as an engineer or producer.

I think from that first experience with my mother's Michael Jackson tape and my later appreciation for jazz that I've really come to admire Quincy Jones and would love to chat with him one day but it seems far fetched to say he was my most significant musical influence.

I love the Charlie Parker quote that goes, "Music is your own experience, your thoughts, your wisdom. If you don't live it, it won't come out of your horn…' So I don't like to think music and musicians are what influence me so much as all my experiences are what make up my style and particular taste.

My personal heroes are my grandmother who showed me it's okay to be yourself, my teachers in school who were all great professional role models, many of my professors in college who constantly challenged me, and all the colleagues, bandleaders, and performers that I've been lucky enough to learn from that have had the most significant influence on me and my perspective as a musician and producer.

Have you made any music today?

I have not made music today but I do intend to work on a mix project after this.

Tell us a bit about your workflow at the studio or when creating music?

I'm very conscious about trying to improve my efficiency in the studio while creating but I know I have a lot of room for improvement. Also, I tend to work best with other people since I believe it's very difficult, or impossible, to view things objectively during the creative process, plus it's much more fun to bounce ideas off another person and get inspiration from each other. This also means that things change based on what and who I'm working with. 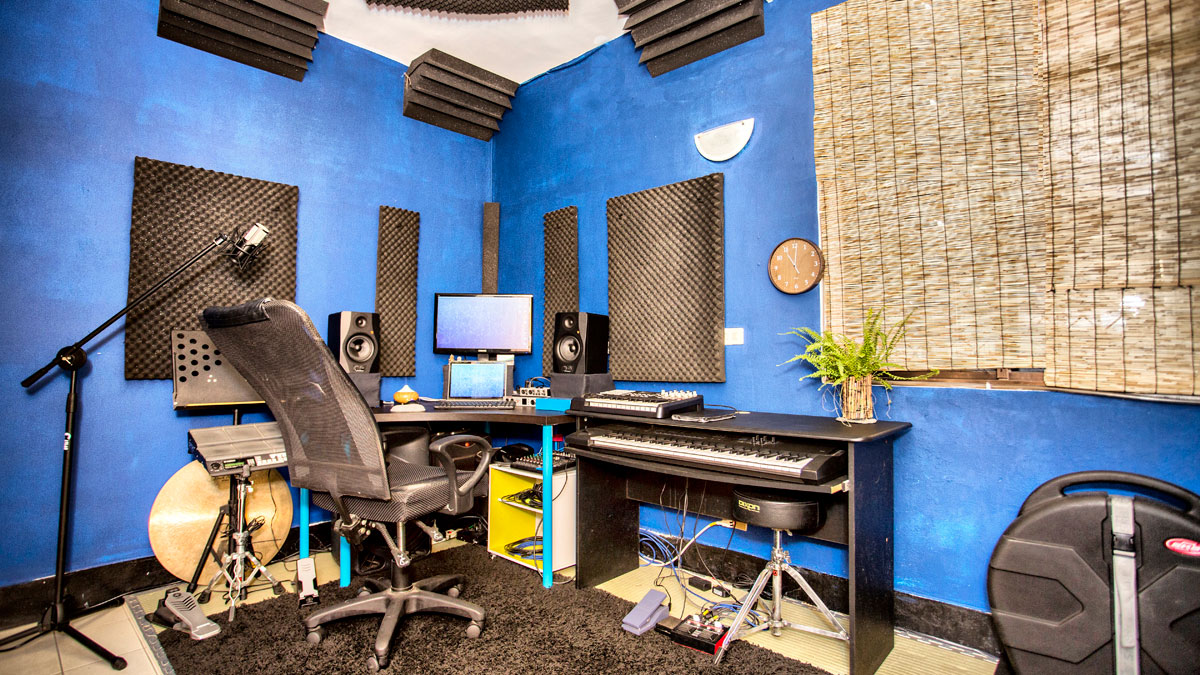 When I'm creating I like to leave technical thoughts out of the studio and have access to all my toys at once so I make sure everything is set up and working first. Whether I'm working with another artist or by myself, I begin by improvising or jamming an idea and record that. After we create a scratch track I typically begin to add things based on what might enhance the piece based on what elements are already there.

This is usually the most fun for everyone and where the idea really comes to life. I generally like to keep things organic at first and then apply my analytical brain to things later but this isn't always the case when working on material that is pre-conceived.

I wouldn't say I have any specific habits but I do like to revisit the purpose of the project or any previous work that has been created as a reference to help frame my thoughts. When mixing, if there is a reference track I would typically listen to that first and then begin my mixing session. Sometimes I'll play a sound gym game to get my ears and brain in check when I don't have a specific reference track in mind. 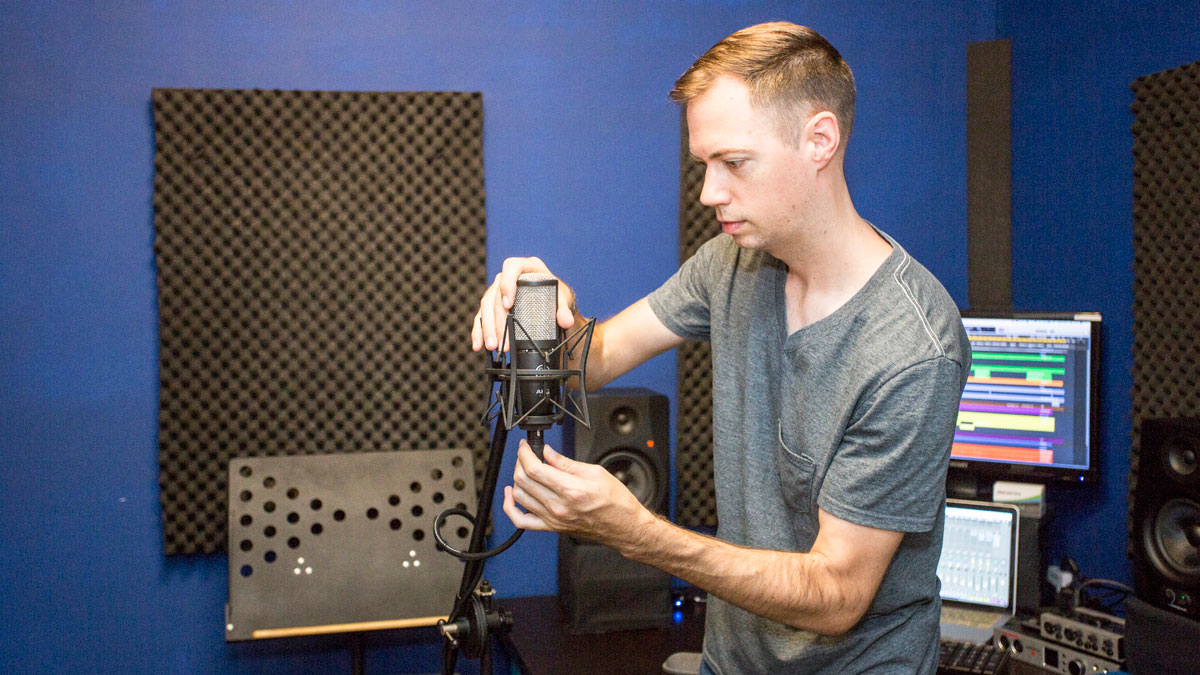 I couldn't tell you a single production technique that works in every instance but I will say that parallel processing is probably the easiest and most transparent way I've found to make a single element, or an entire mix, sound larger than life while maintaining the natural vibe and feel of the performance.

I'm still experimenting with various parallel processing techniques but I find it most effective when fattening and thickening the sound of drums, guitars, bass, and vocals when using compression. It can be especially useful on lead elements and sometimes you can get away with adding other crazy things to the sound in the process. I've also recently found ways to process tracks to separate instruments in drum loops, for example, so as to better control and manipulate each part by using filters and multi-band compressors.

My runner-up production technique would be sidechain compression. I love the sound of big reverbs but find they can muddle a record and take away from the punch of a mix too easily. My solution is to sidechain the lead element to a compressor on its related reverb channel(s) to duck the reverb out of the way when the dry signal comes along. It doesn't take much and I believe this technique makes a huge difference. 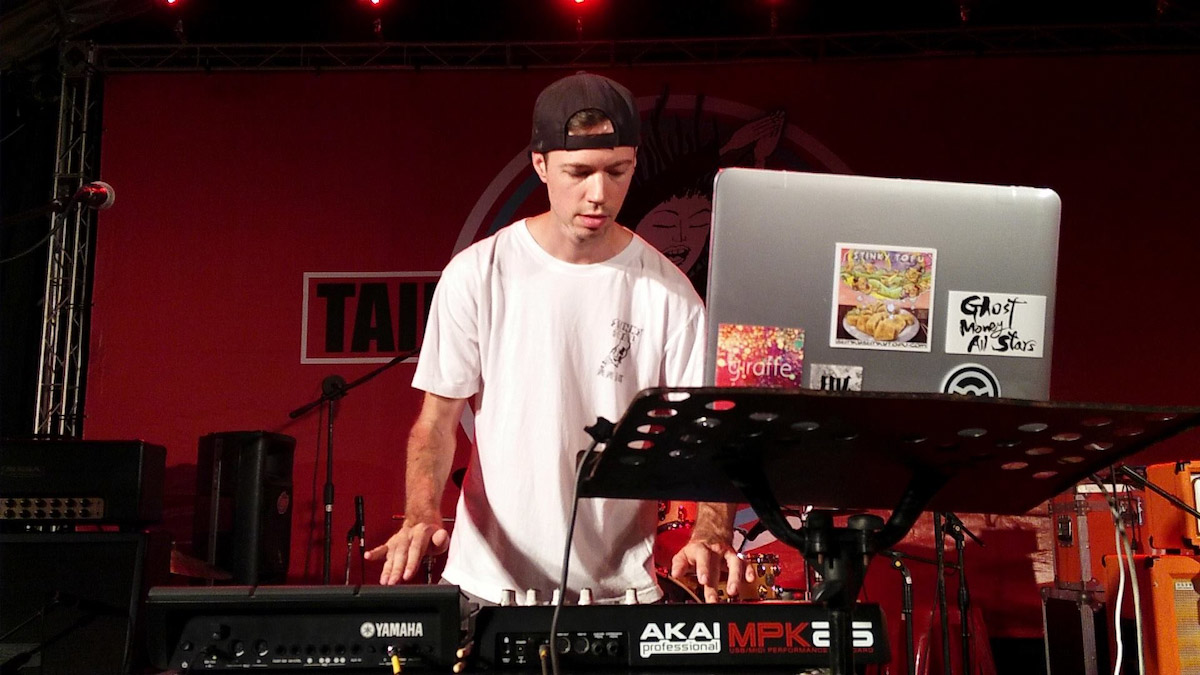 I'll probably go with the Tube Saturator Vintage from Wave Arts. Since I work with a lot of instruments recorded through DI, and like a vintage sound, I find myself putting it on tracks that need a touch of warmth and/or a little EQ. Wave Arts also makes Convology XT which is a free convolution reverb that has the right features for me when I'm looking for something different.

The easiest answer would be my stock EQ, stock compressor (Logic has many color options), and my pre-amp emulations with my Antelope interface that gives my recordings their professional shine.

My Discrete 4 would be my favorite piece of gear right now. The speed of the unit and clarity are huge improvements over my last interface along with the extra processing power and emulations give me access to some vintage tools that I wouldn't otherwise be able to afford.

What does the future hold for Craig Sheffield in the music industry?

That's a great question because I believe all of our fates are uncertain whether you're talking engineering or creation. I'm not a conspiracy theorist but I believe AI will soon be able to do many jobs that would have required many hours of training and refined skill so I think my best bet is to keep creating new things and experimenting.

My ideal situation would be to start my own studio or production company and become a full-time music producer and engineer that works with artists that are open to artistic direction and have a statement to make.

Last question, what is your favorite SoundGym feature, and why?

The community is by far the most valuable feature on SoundGym but I have found that regularly playing the games on the website has enabled me to better understand my ears and utilize my tools. Currently, I'm still a fan of Kit Cut but I am learning to really enjoy Bass Detective and EQ Knight