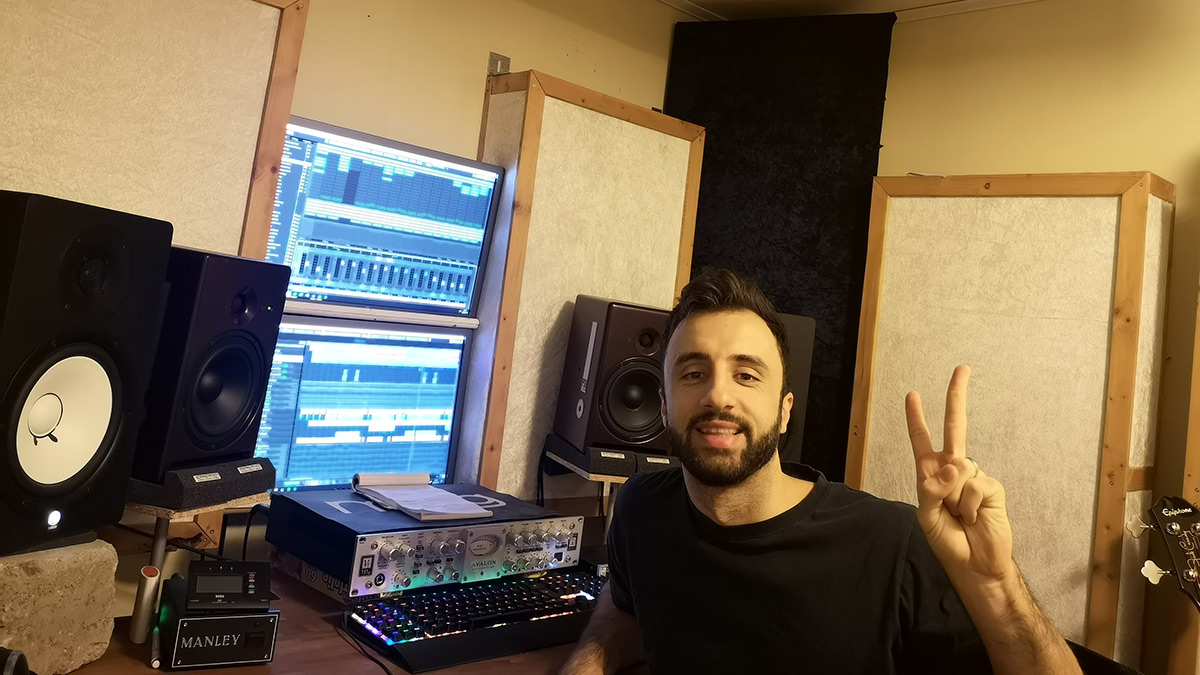 I started playing the Piano when I was 12 or 13 years old. My father had also learned me playing guitar at the same time. So for the first 3-4 months I hated it. But after learning more songs and crafting on the techniques I started to like it.

In High school I went to a music program. Then after that, I started a 2 year-long program "music and sound production" here in Sweden. I think I finished 3/4 of the program.

It's not so much a specific person, rather its more specific songs and styles that has and still is influencing me. First of all, I listen to all kinds of music, I have played classical music on Piano, I have played jazz Piano in a "big band", balkan music (I am originally from Bosnia), Flamenco on guitar, Metallica, RHCP (those who know, know ) and many more. So all these things combined has been a great influence for me.

Tall us about your work on Elin Saanum music?

Elin Saanum I got in touch with through my singer/songwriter colleague. We made a song (crystal clear) together and we needed female vocals on it. So he found Elin somehow. So Crystal Clear was our first project. . After that we made "give me" and have just finished a third song and now we are working on a 4th song that she will perform on the Pride festival here in Sweden. She is also performing all around Sweden and has been active as an artist since she was 6 or 7 years old.

How is your favorite current Music Producer and why?

Max Martin, a swedish producer. So amazing work that guy has done. A big influence because his song a so damn catchy and simple. and every song is so unique. Also Dave Pensado has been a major influence most because of his "Pensados Place" that has helped me a lot in mixing and producing better.

I have been making music for at least 10 years back. I must say that for 9 years. First I wanted to do HIT songs haha. Since that was well, quite hard for a beginner, I changed focus. I found an jobadd where the company "Epidemic sound" was looking for producers. They focus on commercial songs, Jingles, etc. So I did a song and send it to the guy reviewing the songs. "No thanks, it does not sound like a "radioready" song" was the answer. So I worked hard for 2 years and I think I send songs for at least 40-50 times during that period. Every time I got a No thanks. 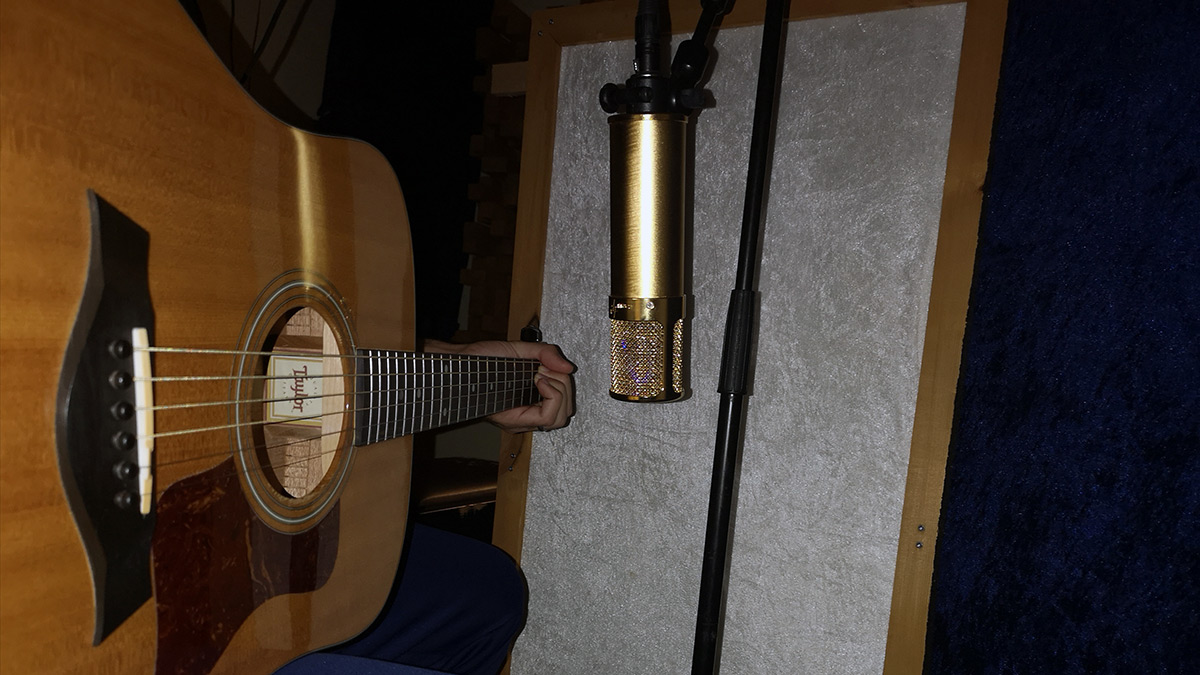 Except for the last time. "This sounds good. I will send this to my colleague and he will get back to you". Boy was I happy. Finally, I will be making commercial music and earn some money on this. Perfect I thought. And then the reply from the 2nd guy came. "Hey, just heard your song. Nice song but right now this is not the kind of style we are looking for but thanks for sending me the song". What a disappointment.

After that I got bored of trying so I decided to do something else, I started to study on distance "music production" and never finished because there were some courses that were kind of boring (history of music and stuff like that).

Well since exactly 1 year ago I realized making music is what I really love to do. This is why I am set on this planet  ( I guess all music producer feel like that).

So what I did 1 year ago was that I sat down for 2-3 days only focusing on how to take things to the next level, and fast. Since I live in a house, have a wife and two children and also a fulltime job there are not so many hours left for music. So I first wrote down when during the day I can sit and produce.

Then I have put down i a excel sheet my long term goals (which is living on music), broken it down to smaller goals (3-4 months) and monthly goals, weekly goals, daily goals and then a ToDo every 30min in the studio. So every day I fill in what I am doind the day after. And every Sunday I fill in what I need to accomplish during next week.

Then after every song I summirize how many hours I have spent on composition, arrangement, Sound deisgn, mixing, mastering. So I know what takes most time so I can be more effiecient
In the end for me it is all about making good music fast.
This year has been amazing. Within 1 year 1 artist got signed with a label with our song. We now have 4 songs that they will release (here I did all the job when it comes to mixing, producing, mastering and arrangement), 20.000+ streams on a song on Spotify (Okey, I know this maybe aint that much but going from 2000 to 20000 isa lot for me , and also a duo in Switzerland liked a song me and my songer/songwriter collegue made so we signed a contract on that song, not released yot though.

So in 1 year (or 800hours totally) I am very satisfied with the results. And I really really recomend putting everything down on paper and setting up goals. 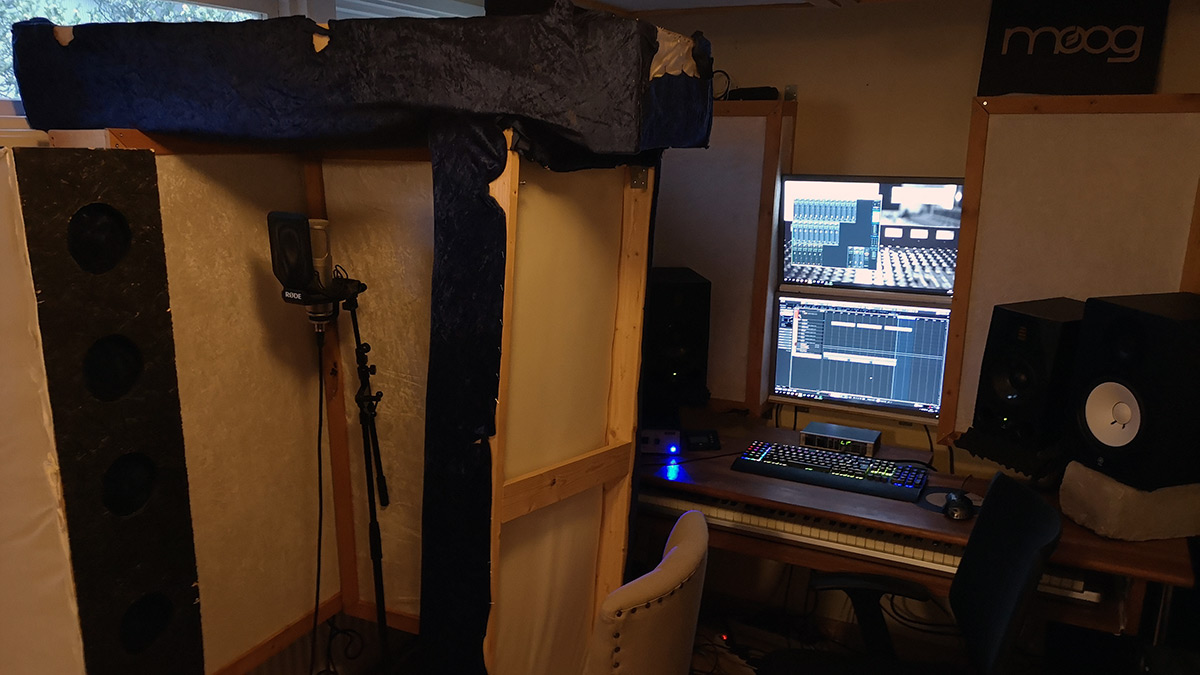 Working directly with audio files in the project, For example, I do not work in Battery or another drum sampler. I am in total control when I work directly with the audio so I create a track for every sound. Kicks, snares, hi-hats, percussion, and loops, etc. is all in different audio tracks. When I work like this I can edit the audio differently depending on what section I am in and I also have a much better visual overview of everything.

Softube saturation. Don't use it very often but for some things, it is just perfect.

My monitors. A tip. Invest as much as you can in a good set of monitors. I Use PSI A17-M and mmmmh are the detailed Just need a SUB also since they are 6" I believe. Also, the Soundgym exercises are going whey easier, but now they are hard again haha.

Which three plug-ins you can`t live without?

What does the future hold for Emir brandic in the music industry?

2024 is gonna be my year (At least according to my excel sheet haha).