Self-taught Audio engineer, Guitarist, YouTuber with a Diamond medal under is belt in only a few months, Philipp Zander is this month SoundGym Hero!So how long have you been on SoundGym?

I am actually a Soundgym-Newbee. Today it's been 2 months but I enjoyed it from the first day. It's one of the best ways to improve your skill in audio engineering.

Music was always a big part of my life. I started really listening to music since the 4th grade, I collected some Hi-Fi parts from my family members and build a Hi-Fi system in the garage of my grandparents.

I cranked that system pretty loud and kinda freaked out the neighbors a bit :)

Then I started to hear some metal bands from classmates and from that point for me it was clear… This is something I definitely want to make.

About 16 years ago, my mother granted me a wish and gave me my first e-guitar. '…and regretted it almost immediately after I started playing :D' 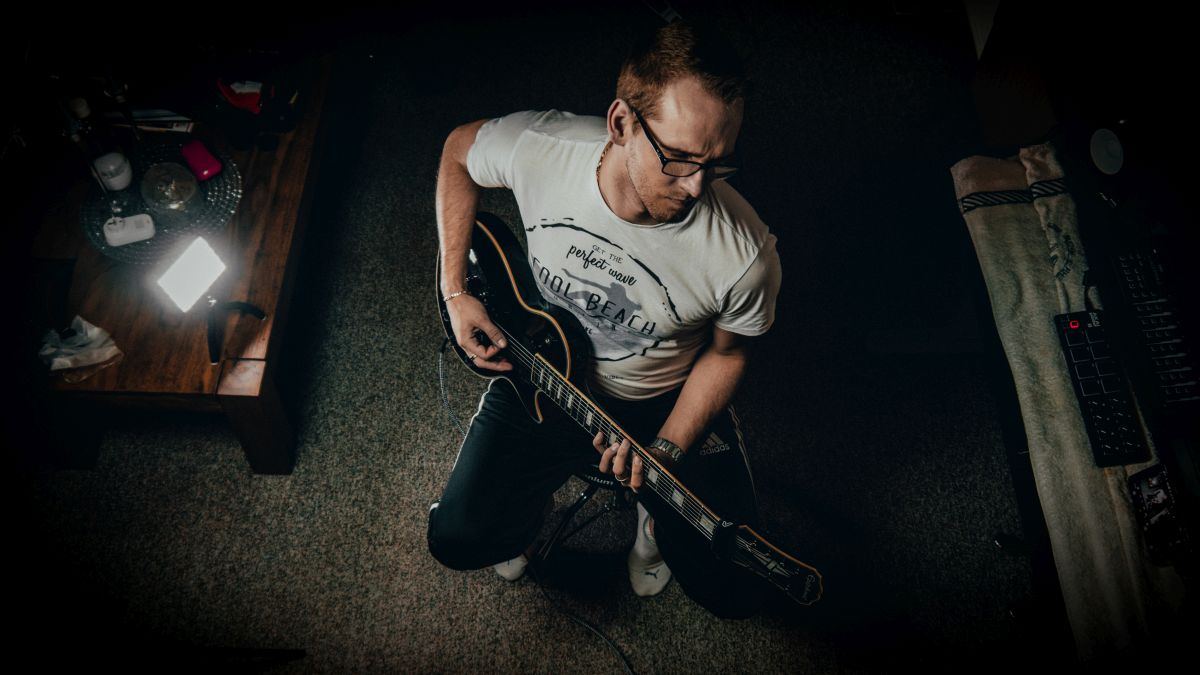 That was a simple no-name strat-guitar and amp bundle. About 6 years later I got my first audio interface. The Steinberg UR22 which I still use today.

No, I am pretty much self-taught. I started to teach myself e-guitar by watching youtube videos, and at a point where I thought I was getting a little bit better, I started to record myself with a pretty cheap camera.

The internet and some bandmates were my only teacher.

Tall as about your work as an audio engineer?

I am not a full-time audio engineer. I recorded some local bands including my own ones and did some music for other YouTubers.

The most time I tried to improve my skills at engineering and work on some material for my band and my youtube channel. 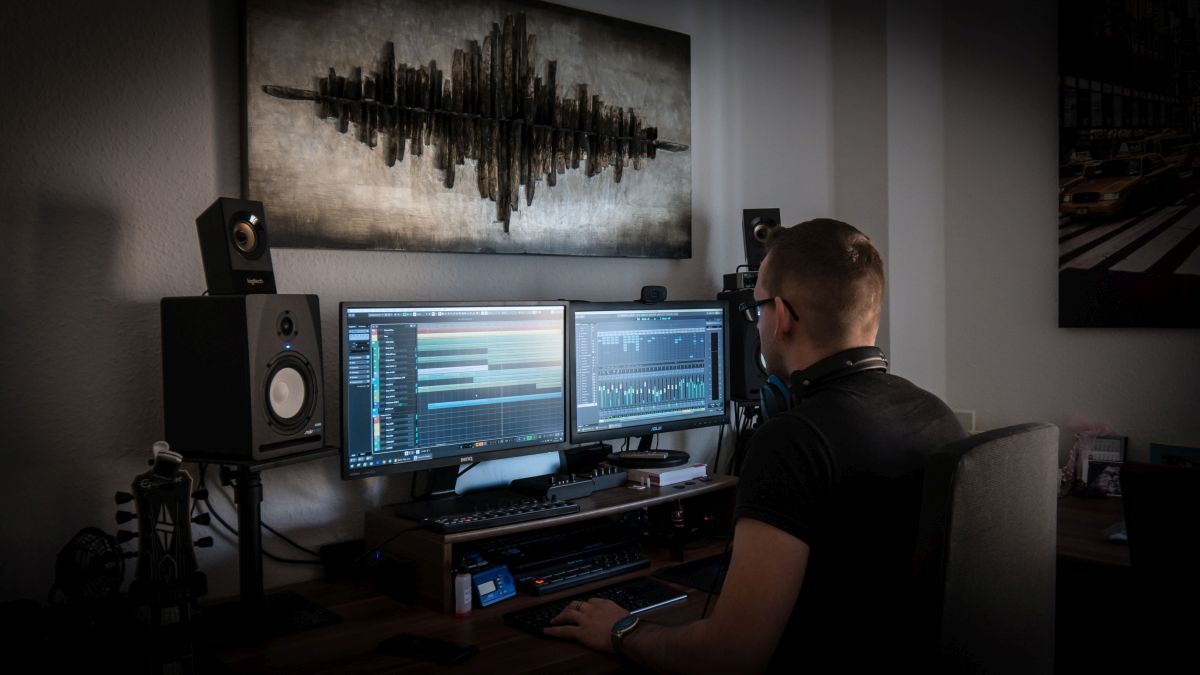 What made you enter the youtube game and how is it going so far?

Since this was and is my main resource of musically related information I always wanted to give something back.

I noticed that there isn't much informative stuff in german on youtube (or at least nothing that I found). So I decided to make up my own channel.

I don't have that much time right now because I recently became a father but I try to focus more on that after everything settled down a bit at home.

The channel is pretty fresh and I got about 120 subscribers.

I guess that would be Metallica (like for the most metal musicians).

That guitar solos just blew me away and one of my first goals was to nail that 'master of puppets' solo. Later on, I listened pretty intense to bands like Godsmack, Breaking Benjamin,  Killswitch Engage and Theory Of A Deadman. I liked their sound and always wanted to reproduce that.

Yes, I was at rehearsal with my band. I try to find time for music almost every day in my life.

That depends on what I am up to. If I record myself then I always start with recording some guitar that I have in mind. Then I track drums and bass and add some additional elements like synthesizer, orchestra, and percussion.

After everything is recorded I level the channels, make some eq adjustments, compression, time based fx, add character and kinda rough mix it all. The I start to master the track and listen to it on as many different systems as possible.

If I record a Band I talk with everybody to get an idea on where the road will lead. Then I mic up the drums, cabs. I always start with drum recording. Then bass and guitars. Then additional elements and finally the vocals.

After everything is recorded its pretty much the same process as above. 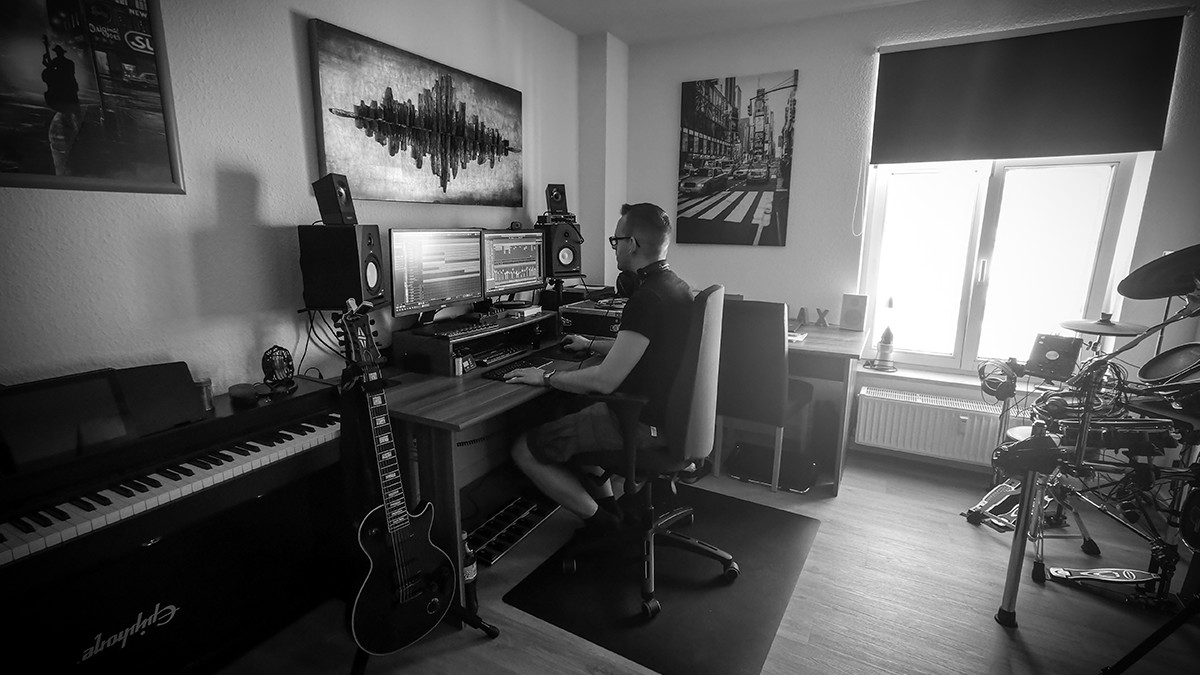 Cutting out resonating frequencies was a game-changer for me. Especially on cymbals and heavy guitars. And as easy as it sounds… Listening to reference mixes. I was never really into that but since I started doing it I noticed a pretty huge improvement on my mixes.

Side-chain compression is a good one as well.

Since a few days… The Axe-FX 3 from Fractal Audio. It's like a little dream come true.

What does the future hold for Philipp Zander in the music industry?

Oh well :D Hopefully an improvement on my youtube channel. Other than that a lot of fun working with one of the greatest things in life.

The best would be to make music full time. 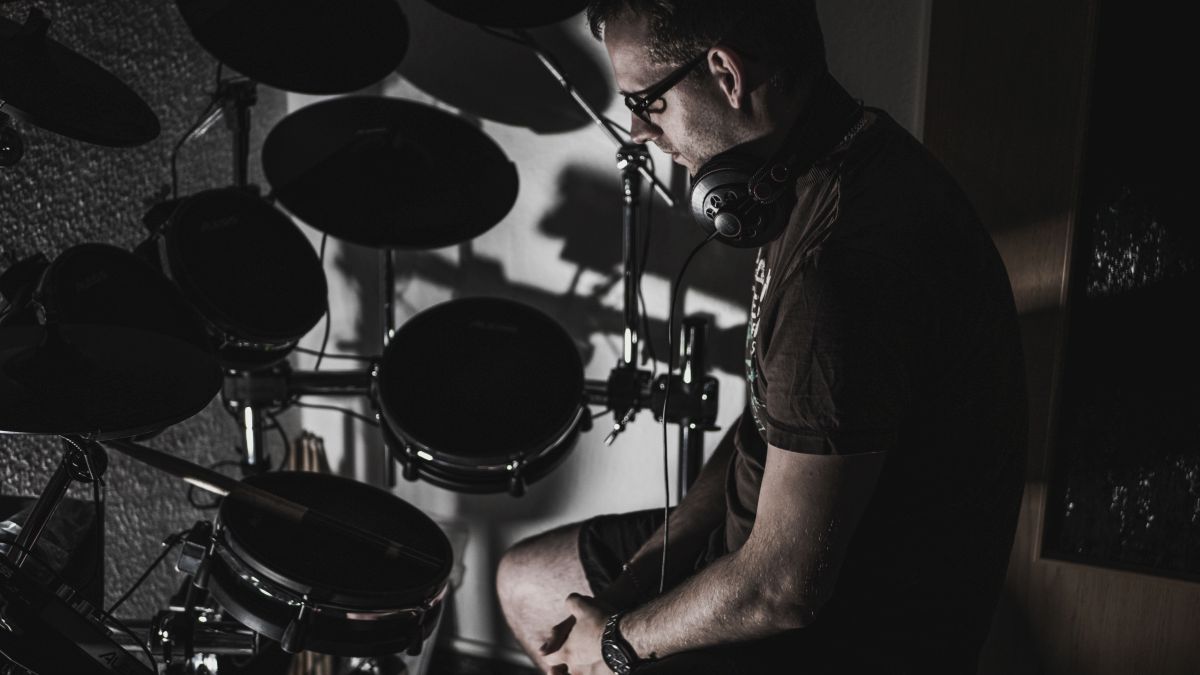 This is a tough one…  Pretty much the entire SoundCoins system. Being rewarded for your achievements is nice. It's even better that you can buy features,

Sounds and sample-packs with soundcoins instead of spending real money.