Songwriter, Musician and Occasional animator currently located on the Isle of Wight, Roberta Fidora is this month's SoundGym Hero!

My name is Roberta Fidora and I'm a songwriter, musician and occasional animator. I'm originally from Portsmouth, an island city at the bottom of the UK and now I live over the water on the Isle of Wight.

Tell us one interesting fact about yourself

I once walked around Portsmouth wearing a giant budgerigar head, which probably could do with some context.

My favourites are the PanMan, Peak Master and ReBeater games, because I've seen such a vast improvement in my listening skills from doing them each day. I'm not so great at Bass Detective though - more like Bass Police Academy at the moment!

I once covered 'Big Exit' by PJ Harvey for a college assessment, although my favourite album is 'Is This Desire?' Being an awkward teenager in an all-male music performance class and with the constant threat of rocked-up jazz standards looming, it was thrilling to hear a musician who wasn't boxed in by anything and could encompass the most daring elements of lo-fi, experimental, punk, pop and alternative rock in their work.

Who is your biggest influence?

It changes all the time, but at the moment, probably Liars, Gazelle Twin and SOPHIE. I think they're all incredibly innovative and I like the style of humour and grotesqueness in their work. Not only that, but I have so many production questions I wish I could ask them.

Try not to be elitist or dismissive about anything, be nice to yourself, keep a big notebook to hand and also fill your time with non-music hobbies or pursuits so you don't get burnt out and frustrated with ideas. It helps as well to improve your critical listening by tuning in carefully to the components of music you love and to create things for your own enjoyment. Making your own Oblique Strategies can be fun as well.

Tell us a bit about your workflow when making music.

Several years ago, I would write ideas down in a notebook, record rough versions on my phone, then do a demo arrangement of a song in Reason 3.0 to be re-recorded, but now I tend to have a melody in my head, make a loop or sections out of it, then write lyrics, which is closer to how I did things in my first band, except I'm taking on the production for it now as well in many respects (with a much-improved version of Reason)! If I'm getting really absorbed by something too, I try to have a decent night's sleep between songwriting and any analytical listening, otherwise, I start making stupid decisions or putting too much reverb on everything.

As I'm sure my friends Deluxe Flamingos will attest to when they helped out with my last album , 'Gilded Cage', I used to work in a very chaotic way and have disorganised folders everywhere and technicoloured lanes in my DAW that lead to nowhere, but now I try to move everything into instrument groups, colour code them and I use dividers in my Reason racks so that I can make notes as I go along and keep track of any adjustments I've made.

I label lyric pages and rough melody movements with sticky notes so I can find them easily, as I don't always fill out notebooks in a linear way. Additionally, I try to adhere to better naming conventions and version control now too, as nobody wants to be searching through a folder full of names like '[TITLE] Final Version 5'. You're setting yourself up for existential despair if you do that.

Probably my Nord Lead 2X. It was the first synth I bought and used in the goth post-punk band I was in. Unfortunately, it needs repairing - something fell onto it from a PA system during a soundcheck many years ago and it's never been the same since.

What does the future hold for Roberta Fidora in the music industry?

It depends on what the music industry becomes. Right now, I don't feel like I want to actively participate in it because of the disparities that still exist and its obsession with streaming metrics and unsustainable scale. I want to be part of a collective or wider community more than I want to be part of the industry as it currently stands. Thankfully, I think that there are a lot of promising conversations happening around this and organisations who are starting to ask the right questions.

Outside of that, I've just finished an EP based on a former rocket engineer and her experiences of working on the BLACK ARROW rocket programme in the 1960s on the Isle of Wight, which is up for pre-order on Bandcamp. Then I've got two more albums to finish, one is quite drum machine-orientated and the other is like 'Verxes' on acid. If I've managed that by the end of the year, I'll be happy. 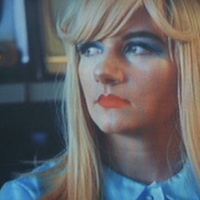 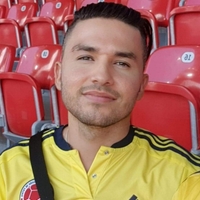 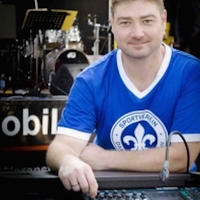