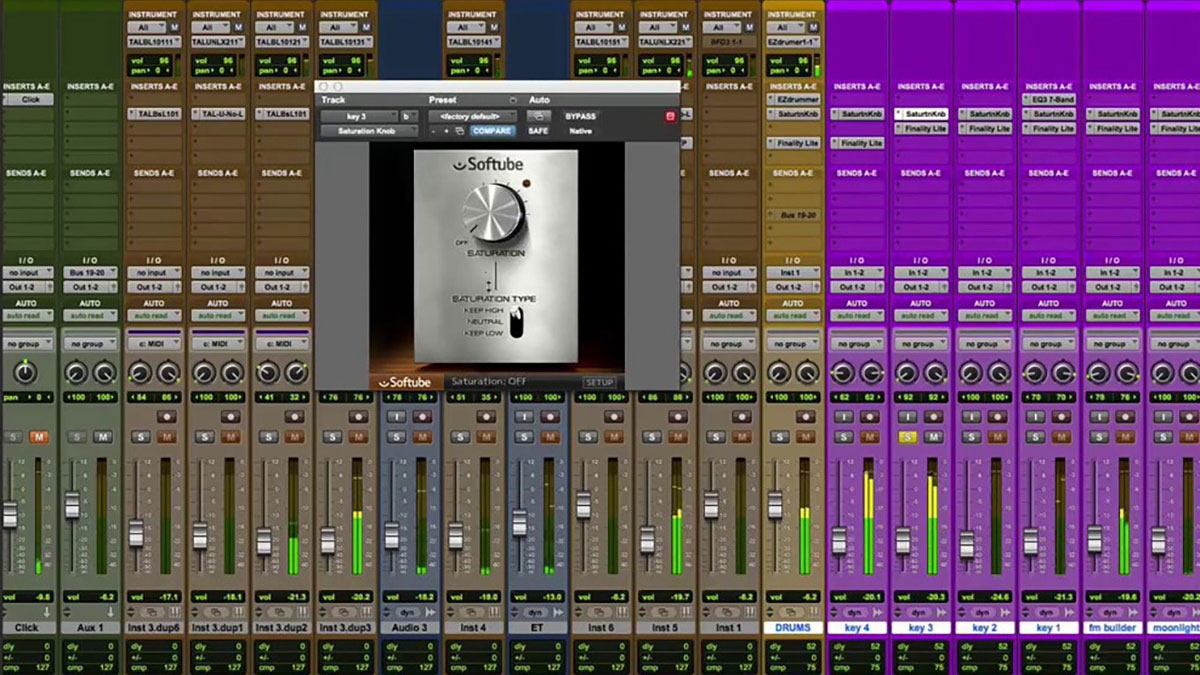 Softube's Saturation Knob is a simple but effective plug-in that has been available to ProTools users for a number of years, and available cross-platform since the end of 2014. It provides modeled output distortion that can be used anywhere that 'grit' is needed in a track. It can, for example, be used to fatten up bass lines, or to add some shimmer to vocals. For a rundown of '4 Ways To Bring Your Mix To Life With Distortion', check out our blog on the subject.

Saturation Knob has three different modes; Keep High, Neutral and Keep Low. These three distortion settings each have their own particular character. They allow you to keep certain parts of the frequency spectrum fairly intact – so perhaps you want to destroy the top end of a drum loop, while keeping the bottom end reasonably undamaged. In this case, the Keep Low setting is the one to use.

Softube have got some big names on board to endorse this particular project. Michael Brauer, winner of seven Grammy awards for his work with the likes of the Rolling Stones, Bob Dylan, Paul McCartney, and Coldplay has this to say; 'My response when they told me the Saturation Knob is a free plug-in was—are you nuts? Seriously? It's too good to be free! I use it to make guitars fatter and more aggressive, snares naturally brighter, kicks punchier, vocals warmer. Basically, it's good on just about anything.'

To see the Saturation Knob in action, check out this video from Pure Mix, featuring Ryan West; mix engineer for Rihanna, Eminem, Jay Z, T.I., Usher and many more:

Saturation Knob is available for Mac and PC in VST, VST3, AU and AAX formats. Download it here. It is also directly compatible with Propellerheads Reason. Users can get it directly from the Propellerheads store.