This time in our classic tracks section we dig into the recording process behind the Beastie Boys' 'Sabotage'. reviewing it from a music production perspective.

'Sabotage' was the stand-out single from the Beasties' US chart-topping album, Ill Communication. That makes it all the more surprising that the track nearly didn't make the album at all. Ad-Rock, who provided the vocal, revealed that "'Sabotage' was recorded as an instrumental, and the vocals weren't added until two weeks before the record was completed. It was the last song on Ill Communication to be finished.'

There are some interesting lessons to be taken from the creation of this song; notably, that producer/engineer Mario Caldato (also known as Mario C) was able to recognize when something great was happening in the studio and made sure that he captured it. The instrumental for the song came out of a jam session, and Caldato explained the process in an interview with Sound on Sound; 'Adam Yauch was in the studio, working on his bass sound with the Superfuzz pedal that he loved, and he came up with that riff and kept jamming it for a while. He'd really get deep into stuff and focus hard on it. Eric Bobo heard that riff while sitting in the control room and he ran out and started playing a rhythm on the timbales, at which point Mike D entered the control room and said, 'What's going on?' 'Go in there,' I told him. 'Follow Bobo.' So, that's what he did, accenting the bass riff with his drums, because it's really the bass riff that drives and makes the song.

After that, [Money] Mark came in, heard what was going on, and jumped in on the organ. He hit just one chord and started turning the organ all the way up, causing the Leslie to distort while he moved the drawbars in and out, modulating the drone. When Ad-Rock heard what they were playing, I told him, 'Go for it!' Immediately, he began droning on the guitar and added some rock chords and it was like wow! The track just came together.'

Caldato was able to capture the track and record it to tape at the moment of its creation, but if the process up to this point had been easy, it was about to get much harder. The Beasties felt that the track might be too 'rock' for their forthcoming album, and Ad-Rock just couldn't figure out what to do with the vocal; his first two attempts were aborted after it was decided that they just weren't working.

Finally, he had a third idea for how to approach rap. Ad-Rock didn't want to record at the studio, so he asked Caldato if he could come to his house. They recorded at Caldato's little home studio, and the producer recalls; 'Ad-Rock came by and he performed the lyrics that you hear on the record. He nailed it in one or two takes and I was like, 'Oh, my God, that's it! You did it!' It was perfect.' Again, Mario C had realised that he had captured something special – they didn't try to re-record that vocal back at the studio; the performance had been nailed, so it went on the record. 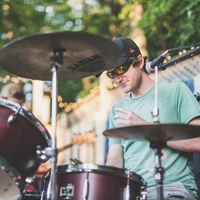 Ben Sinclair
Jun 30
There's a lot of cool stories about recording/studio experimentation in The Beastie Boys Book. Even if you aren't a fan of the Beasties, I recommend giving it a read. They do a great job of painting a picture of NY in the early 80s and the start of hip hop culture. It's a fascinating read with a large portion dedicated to the golden age of hip hop.
5 props